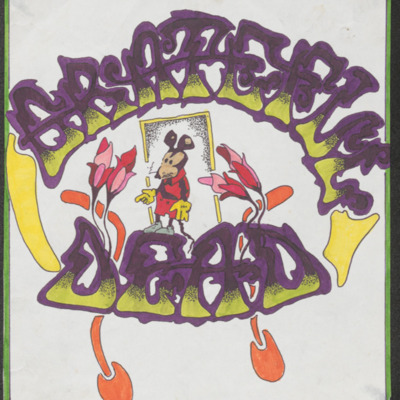 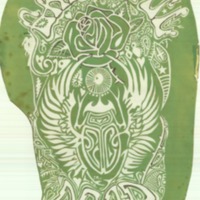 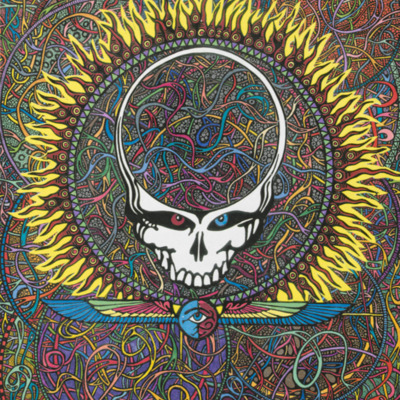 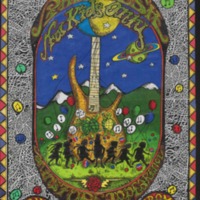 Jeff Randall was a fervent fan of the Grateful Dead from approximately the late 1980s to 1995, when bandleader Jerry Garcia died. During this time he attended their concerts on many occasions in various cities across the United States.

One source of income and trade at this time was Grateful Dead-inspired art and t-shirts he designed himself. The Grateful Dead pieces in The Art of Jeff Randall are examples of graphic design created for fellow fans similarly familiar with the band's mythos. 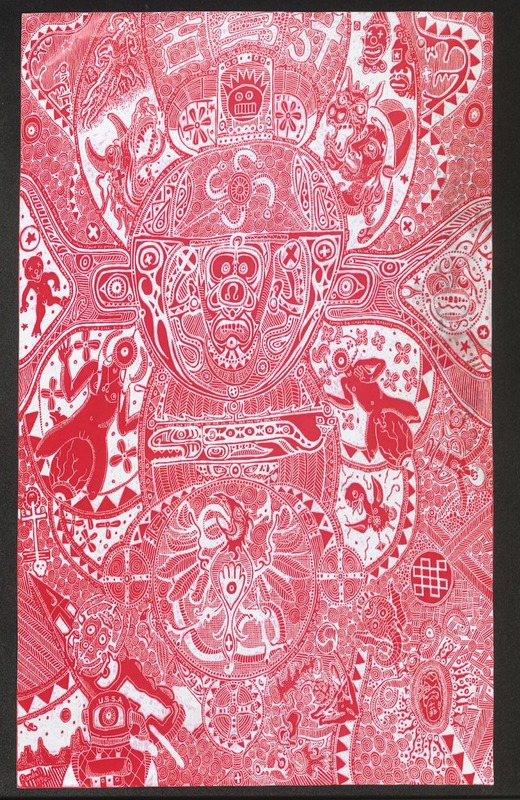 Randall continued to create artwork inspired by and in tribute to his favorite music. One may observe the transition from the Grateful Dead to another band that boasted a devoted itinerant following, Ween, in his artwork via the inclusion of song lyric allusions and imagery.

In the piece to the right, Ween's "Boognish" cartoon character appears in an elevated position at top center. Another reference within the work is that of the song "U.S.S.A." by the Butthole Surfers.