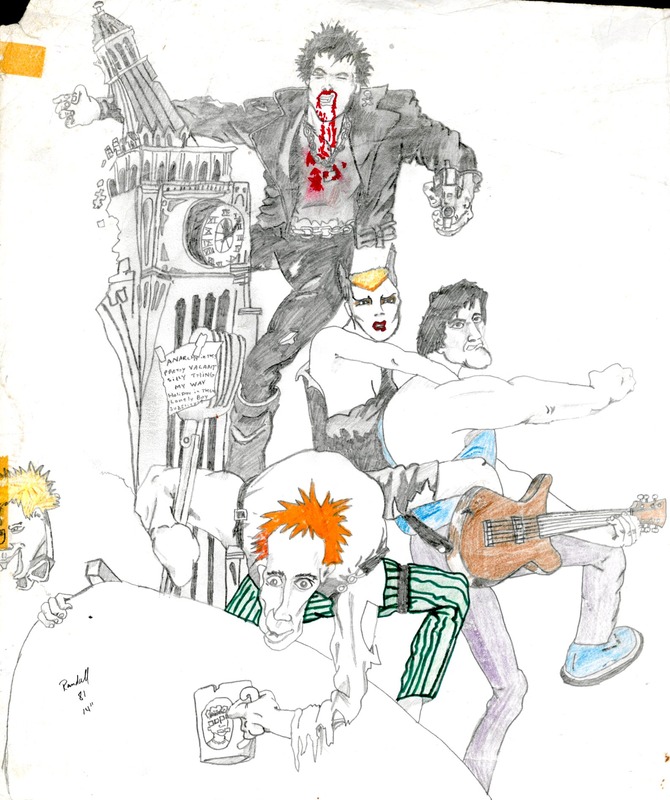 An early drawing inspired by the poster for the animated film The Great Rock-n-Roll Swindle, starring the Sex Pistols.

Jeff Randall grew up in a house in which music was always playing on the record player or radio. He consequently developed an appreciation and knowledge of a wide variety of musical styles.

A handful of rock-n-roll bands would prove to have particularly strong holds on his imagination, however. At the end of the seventies, the Sex Pistols occupied an exalted space in Randall's pubescent estimation. 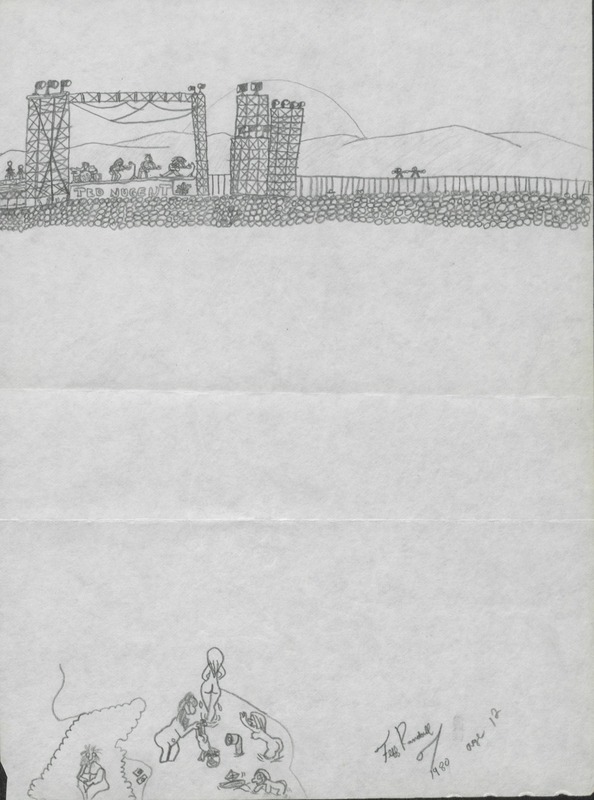 At the dawn of the nineteen-eighties, the directness and outrage of punk's expression replaced arena rock acts such as Kiss and Ted Nugent (pictured) for Randall, who had dressed as Gene Simmons on Halloween for multiple years.

Randall here illustrates how 1970s arena rock bands appeared to most concertgoers: far away, near the horizon. 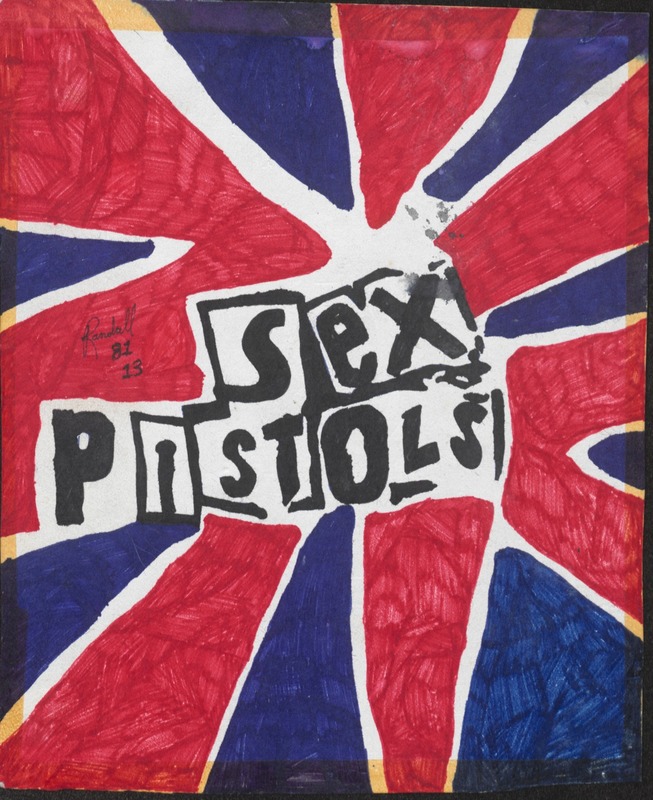 The imagery of punk promoted an aesthetic of bringing the rejected or discarded to the foreground.

In the drawing to the left, the 13-year-old Randall painstakingly recreated with marker the torn-out lettering of the Sex Pistols logo. It is an early example of a preference, in visual consumption and expression, for imagery designed for maximum visual impact.

Interestingly, this image also compares to Randall's earliest artwork on this site, a drawing of a spider. 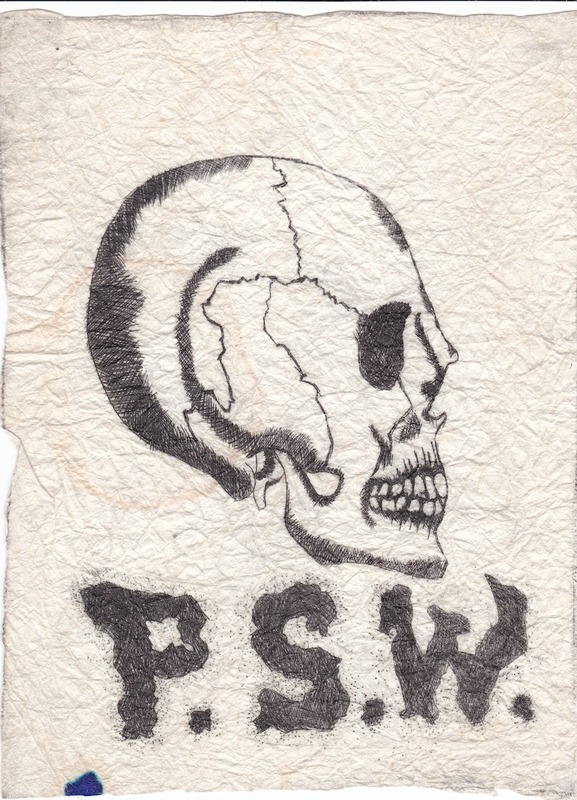 The artwork that accompanied these and other artists' music made a huge impression on Randall and he was particularly receptive to the power of their self-created symbols, or sigils. These elements of self-mythological design are the subject of part 3, "Interwoven Rock-n-Roll Logos."

Randall continued to collect transgressively loud music throughout his life (See the "Appendix" for a list of musical influences). In the mid-1980s he also began to listen intently to and study the graphic design of The Grateful Dead.